TRX may have started an uptrend

The Tron (TRX) price has moved up above an important resistance zone and has confirmed it is support after that.

Since November 2018, the $ 0.012 area has acted as a low range of TRX. Prices have plummeted below this level in March 2020, but have quickly regained it and have increased since then.

Whenever a long-term support / resistance level is broken but is retrieved later, it usually means a reversal in the opposite direction is coming. TRX is currently facing resistance from a descending resistance line that has started since May 14 and has been rejected by it three times so far.

A breakout on this line could trigger the rapid acceleration of the up move, taking the price to $ 0.026, the most recent high. 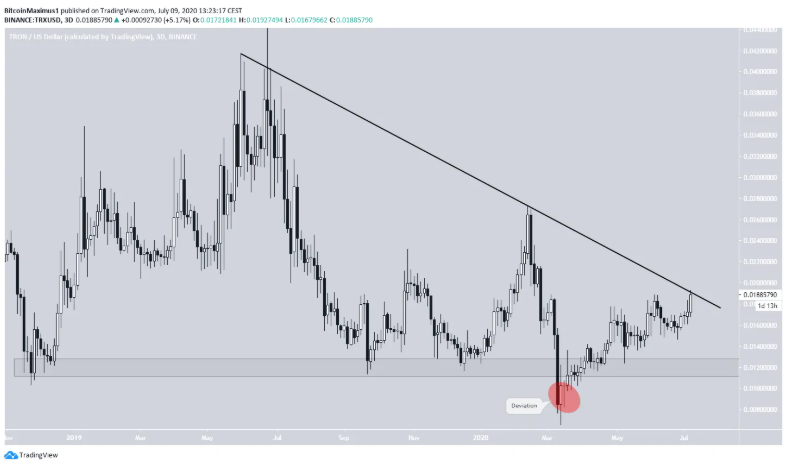 The daily chart shows price that has crossed the $ 0.018 area, previously having acted as a resistance.

Also, the price is following an ascending support line and a golden cross has been formed by the 50 and 200-day moving averages (MA). Moreover, there is no bearish divergence on the RSI. On the contrary, it is gradually increasing.

Therefore, the price of TRX can rise at least until the resistance zone of $ 0.0215 is reached, and may be higher to the zone of $ 0.026. This can help price break above the descending resistance line mentioned above. 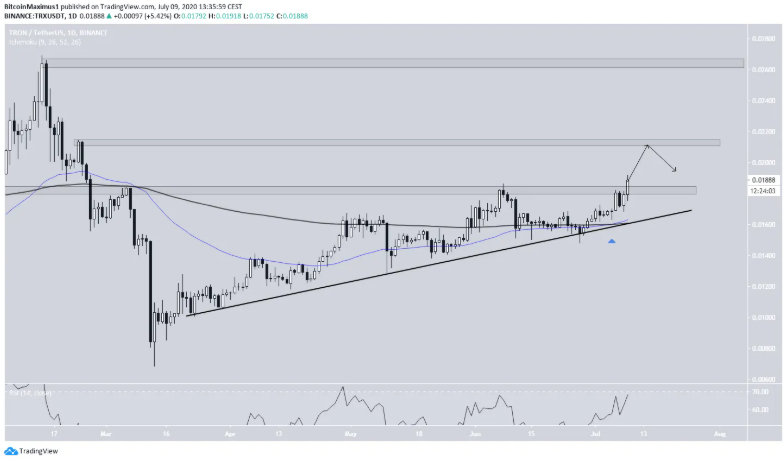 The hourly chart shows prices that have broken out of the short-term parallel ascending channel. The breakout took place with large trading volumes and the price confirmed it was support after that.

This signals that the price is likely to move up to the above resistance levels. 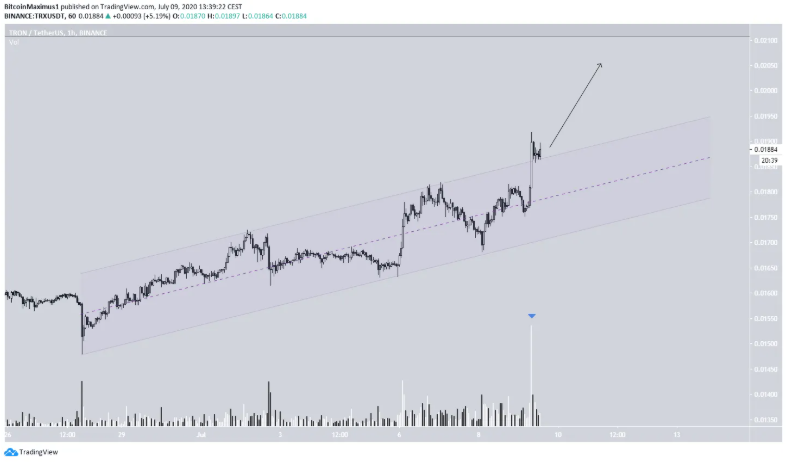 Summary
The TRX price has flipped an important resistance area and is moving up. Once the price breaks out of the long-term descending resistance line, the rate of increase will accelerate.